A visit to the ‘Eternal City’ is on the ‘to do’ list for most keen travelers, and so it should be. The modern city sits on top of Ancient Rome, which was once the base of an empire that spanned half the globe. It’s a place where old meets new, and great food and scenery collide with incredible art and culture. Rome is a place where people meet and fall in love, as popular as a honeymoon destination as it is a weekend city-break.

If you’ve never been to Rome before, it can feel a little overwhelming trying to put together an itinerary. There’s so much that could potentially be seen and done that it’s hard to know where to start, what to leave out and what to include. Are all of the historical sites worth seeing? How do you get from one place to the other efficiently in a city so big? Should you book a two-day trip or a two-week stay to get the most out of it? Some people even joke that Rome is called ‘The Eternal City’ because that’s how long it takes you to get around to seeing all of it. That isn’t the case of course; it has that name simply because the Ancient Romans believed it would last forever.

Some people even joke that Rome is called ‘The Eternal City’ because that’s how long it takes you to get around to seeing all of it.

There’s no reason to feel fazed or concerned about your Rome vacation plans, because we’ve taken the time to compile a list of five top tips for you!

Check out the Pantheon

Even if you’ve seen pictures, you can’t truly appreciate what an astonishing building the Pantheon is until you’ve seen it with your own eyes. It’s stood exactly where it is for two thousand years, and the modern city has grown around it. It’s a slice of ancient history that somehow looks out of place, like it’s been plucked out of the past by a time traveler and deposited where it is. But the most startling thing about it is that it’s still in regular use. 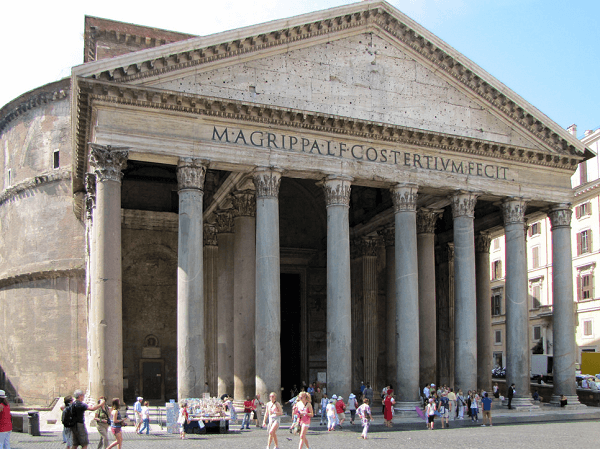 We almost automatically assume that anything thousands of years old, such as the Egyptian pyramids, must have long since passed the point of usefulness to humans. The Pantheon, however, was built as a place of worship, and people still need places to worship. Because of that, it’s as active as a church today as it’s ever been. That means that of all the ancient wonders in the city, it’s the best maintained, and looks much the same now as it did all those years ago.

This might seem like a dull idea, but bear with us. Every major city in every major European country has street markets, but there’s one in Rome which is special, and that’s the Campo dei Fiori. Not only does it have a rich history, having been open since the mid 19th century, but it’s also the secret larder of most of Rome’s best restaurants.

It’s no secret that Rome is one of the best places in the world to eat (and if we tried to make a list of great restaurants in Rome we’d be here all day), and this is where the best chefs get their ingredients from. Even if you aren’t as qualified as a cook as they are, you can still stock up here yourself and cook things up at home, or even pick up some cold snacks and sample them in the piazza.

The two-thousand-year-old amphitheater was once the centerpiece of Rome’s entertainment scene, where gladiators did battle to the delight of the baying audience.

If there’s one historic building in Rome more famous than the Pantheon, it’s the Colosseum. The two-thousand-year-old amphitheater was once the centerpiece of Rome’s entertainment scene, where gladiators did battle to the delight of the baying audience. It’s been well represented in fiction down the years; it was the scene for much of the classic Russell Crowe movie ‘Gladiator,’ and inspired the popular Amigo Slots game ‘Call of the Colosseum.’ Be warned, though; it looks a little different in real life. The online slot features a bright, sparkling and polished Colosseum which gives you the chance of winning money before you leave it. The real Colosseum is somewhat decrepit and damaged, and will likely cost you money to get in. We’re not suggesting you play the slot game instead, but make sure you set your expectations correctly before you part with money to visit the landmark.

The Colosseum is a tourist-trap. That means there are plenty of people in costume outside, wanting you to pay money to have a photo taken with them. There are also very large crowds at almost all times of the day. Much of the interior is damaged almost to the point of being rubble, and so it pays to hire a tour guide to help to bring it to life for you. Despite that, the sense of history here is palpable, and it remains the oldest and grandest example of this type of building in the world.

Say hello to the Pope

The Pope may or may not be ‘at home’ when you come to visit, but the delights of the Vatican City are available all year round. The Vatican is technically independent of Rome, but in real terms, it exists within its borders, and you’ll have no difficulty getting in. It’s an opulent, glittering palace of religion, which is of an epic size that doesn’t come across properly when you see it on television. 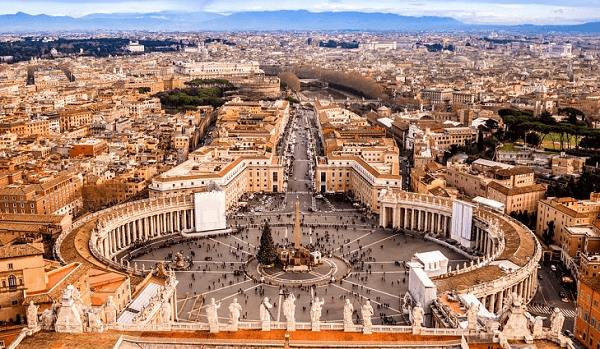 As with the Colosseum, you’ll enjoy the Vatican more with a tour guide; especially when it comes to correctly understanding the content of the Vatican museum.

Last but certainly not least, don’t finish your trip without sampling one of the foodstuffs that Italy is most famous for; ice cream. Or, as they call it, gelato! The word simply translates as ‘something frozen,’ and although the Italians didn’t quite invent it (the Chinese came up with it centuries earlier), they refined it to the style and texture we know today, and they remain the best in the world at it.

You’ll find many street vendors selling gelato, but as you’re in Rome and you’re hungry, you may as well find a restaurant that does it well and enjoy it there instead. You may only be in Rome once. Eat the pasta dishes. Drink the wine. Enjoy the desserts. Most importantly of all, fall in love with it. It’s what it’s there for!

Next 3 Men's Wallet Styles that are in this Season

Your Next Luxury Holiday Made Easy: A Guide

Outdoors Brand Coalatree Launches the Jacket of All Trades