Movie date nights aren’t always an easy thing to plan at home. Obviously, the plan when you’re staying at home watching a movie together is to choose a film that’s going to bring you closer together, and maybe even get you in the mood for a little romance later on.

The trick is not to be too obvious about it. By and large, men don’t want to watch chick flicks. If your significant other is female, choosing a conventional chick flick is way too obvious. In addition to that, you’re likely to end up watching something you don’t actually enjoy. The purpose of a date is to enjoy the date. A good date night film choice is one which you can enjoy together and discuss after the film.

Fortunately, we’re here to give you some suggestions for movies that should fit the bill for both of you, entertain you, and end up with you wrapped up on the sofa together in each other’s arms. If you want to be your partner’s fluffy favourite, you’ll want to choose a couple of titles from this list of cuddly films to make it happen.

OK, so the title is obvious. We know that. But if you haven’t seen this film before, its entire purpose is to take the premise of a date night and turn it into an adventure that’s genuinely entertaining and funny.Without giving too much away, the film is all about what happens when a couple who are bored and don’t date enough decide to go out on the town and bring a little sparkle back into their relationship. An unfortunate choice of dinner reservation lands them in an increasingly wild and dangerous situation, and the laughs come from there. It’s not an out and out comedy; there’s more than enough tension and suspense in the film to keep you hooked, and it might even encourage the pair of you to think about bringing a little more spontaneity into your lives.

If you’re somewhere towards the start of your relationship, and you’re trying to convince your partner that you’re actually a quirky, creative type with a passion for art-house cinema, look no further than “500 Days of Summer”. It’s got all the realism and feel of an independent release, with all the visuals and budget of a blockbuster.

The tale is a simple and familiar one, but it’s told well. Boy meets girl, the two fall in love, they head off on a journey together, and they encounter all the same issues that we’ve all been through. It’s emotional, it’s thought provoking, and it should teach you both to value what you have and live in the moment. Also, bring tissues. You both might need them.

Considering its premise and subject matter, Juno is a surprisingly charming film. You might not necessarily expect to get a lot of laughs from a movie about an unwanted teenage pregnancy, but you will. They don’t come at the expense of the tribulations and problems that such a situation causes, though; they’re all here too.

Juno is a surprisingly charming film. You might not necessarily expect to get a lot of laughs from a movie about an unwanted teenage pregnancy, but you will.

We see this film from the perspective of two separate couples. We have the teenage mother and the baby’s father trying to wrestle with their situation and what they truly want from life and relationships, and juxtapose it with an older, married couple who are settled in life and have already worked all of that out. The question of whether the older couple will, or even should, adopt the unwanted baby, is what gives the film its drama. It’s thoughtful and gentle, and invites viewers to consider what’s important to them. 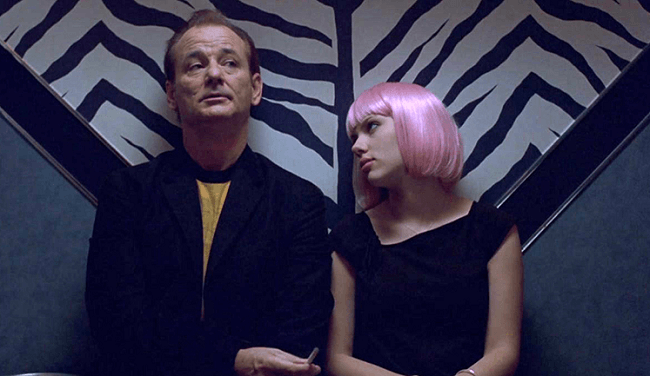 First off, this film has both Bill Murray and Scarlett Johansson in it. If you’ve never seen the movie before, you should be sold on that combination of leads alone. If you need more information, then ‘Lost In Translation’ is a film that makes you laugh and then breaks your heart from the most unlikely of directions.Capturing two people meeting and slowly getting to know each other at a hotel bar over the course of several evenings in Japan, the film explores the reality of love and life from opposite ends of the age spectrum. Johansson’s bored, young newlywed is at the start of her relationship and already feels like a spare part, largely being left alone as her husband works on the photography project that bought him to the country. Murray’s character is older, lonely, and slaving away to film a TV commercial. Despite the age gap, they discover a bond that’s at once beautiful and sad. If you ever wanted evidence of Murray’s ability to say everything with an expression alone, watch him during his karaoke rendition of Roxy Music’s ‘More Than This’.

This is a film with a genuinely unique take on how we look at our lives, and ourselves as we grow older and let go of our childhood ideals. We follow a pair of college graduates who have a one night stand on the night of their graduation, and then we check in on them once a year as they go from starry-eyed dreamers to adults with careers and emotional baggage.

Their story from that night on is the story of all of us. They lose touch with each other and find each other over and over, taking an eternity to finally come to appreciate both who they are as people, and the role they play in each other’s lives. All of us have friends who we thought would be there forever, but weren’t. Equally, all of us have thought that someone in our lives has gone for good, only for them to reappear years later unexpectedly. Life, and the relationships we make during it, is complicated. This movie is an open invitation to reflect on who you are, how you came to be where you are, and what you mean to each other.

If you have movie date nights once a week, then we’ve just potentially mapped out just over a month of film choices for you. Don’t worry, you don’t have to thank us, we just hope you love them as much as we do. Happy viewing!

Previous Dressing against the norm — what does it say about you?

Next Treat Yourself with These 5 Must-Have Fashion Accessories

Dress To Impress: 4 Outfit Ideas For The First Date

How to Impress Her on the First Date…3 Foolproof Tricks!

7 Mistakes to Avoid When Messaging on a Dating Site